When I started living in Manila, I was surprised when a friend who grew up in Manila said that pochero has tomato sauce. Pochero in my hometown, one of the coastal municipalities in Sorsogon (Bikol Region), doesn’t involve tomato sauce or fresh tomatoes. It’s closer to nilagang baboy of Tagalog, but we usually use pork hock and make the soup thick with melted taro corms and camote (sweet potato).

The Philippines is an archipelagic and ethnically diverse country, we have more than 180 languages so it’s not surprising that we also have diverse food and recipe variations based on the ingredients available in our respective regions or communities. Since I got confused with the difference between the Pochero in Manila or Pocherong Tagalog versus the one that I grew up with, I had to ask a couple of friends from my province (Thanks Lui, Bea, and Ani!). Apparently, even different towns in Sorsogon don’t have a similar take on Pochero. I actually had to double check with Sir Kiks, my former Anthropology Professor who is also from my hometown, if the Pochero recipe I know is really the recipe we use in my hometown and not only my own family’s recipe. He did confirm that the one I know is indeed the pochero recipe from our hometown.

So the recipe I’m sharing is the recipe I grew up with that my Lula and Mommy would always cook. We usually use pork hock (but you may also use other buto-buto or bony parts of the pork if you can’t find pork hock) and make a thick and starchy soup out of taro corms and camote, and add ripe saba (saba banana) and cabbage. The camote and saba make the soup a little sweet, so you have to create a balance of sweetness and saltiness. I realized that we actually use a lot of taro in our food in Bikol since it is abundant in the region. We use the taro leaf for gulay na natong (laing in Taglog), pinangat, among other Bikol recipes, so it’s not surprising that we also use the taro corms for the soup.

Pochero is one of the first few recipes I learned at home mostly by watching Lula cook and asking Mommy for some of the steps that I missed. To be honest, I haven’t cooked pochero in a while, and as always, we don’t really measure ingredients while cooking—tantya-tantya lang! (just eyeball it!). So I tried hard to measure the ingredients I used. Here’s the recipe:

In the lower left of the pic are the remaining chopped taro corms and camote that I left for the chunks. You may add more if you like.

Pochero is one of my comfort foods when I was young and it’s best eaten with rice during cold weathers. We often hear about Philippine food based on what is known in city centers like adobo and lumpia, but our food tradition is way richer than that. We have a lot of food varieties and ingredients. Even in the Bikol region, we have recipe variations too. We also use other spices and ingredients in Bikol that are not often used in other regions in the country like taro corms and pasitis. Also, you may want to try Moro food too. I love their tasty food there! Because of our colonial history, we tend to worship Western food and culture including fastfood, so it’s always important for me to share about my culture through food. It’s just a small reminder how rich our culture and history is.

Tell me about food from your hometown too! 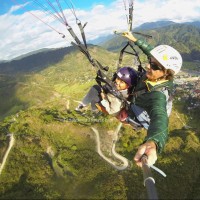 Another 2015 crochet project throwback: Pumpkin Be